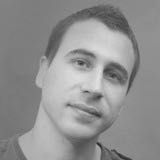 Italian producer Neel (Giuseppe Tillieci) creates fast-paced ambient techno, works in the technical side of music production, and collaborates with Donato Dozzy as Voices from the Lake (also appearing at EM15), making hypnotic, experimental techno. The duo debuted live at Japan’s Labyrinth festival in 2011 and their 2012 self-titled album was named among Resident Advisor’s top five albums. Neel constructed his music background with DIY home projects – he built a mixer at age 13 – and at the University of Music in Rome and in Rotterdam, he focussed on obscure sounds and underground electronica. Neel’s production work with Prologue Music includes the first Voices From The Lake EP, and he’s mastered Edanticonf’s Forest Echo LP and Polish composer Adam Michalak’s album Returning To Essence, both on British Columbia-based ambient label Silent Season, also home to Segue and similar artists with sonic interests in nature and the ethereal.

Along with steadily making music as Voices from the Lake, he’s also an accomplished solo artist in his own right. The release of Phobos last fall on Spectrum Spools marked his solo debut, and a departure into more experimental sonic territory. Via modular synthesis and digital production techniques, Phobos served as an elaborate narrative concerning the titular moon of Jupiter. Moving through episodes of ambient texture and subtle melody, Phobos takes the listener on a vivid journey to the outer edge of our galaxy; along the way, earning comparisons to Nurse With Wound and the classic collaborations from the late Pete Namlook and Tetsu Inoue.