You could call Charles Cohen the unsung hero of the American underground, but that would be over simplifying things. A fiercely independent artist who has spent the majority of his extensive career pursuing a monastic relationship with his instrument of choice — the legendary Buchla Music Easel — Cohen has created art on his own terms for decades, carving out an idiosyncratic niche from his home base in Philadelphia, Pennsylvania that is startling in its depth and brimming with personality. 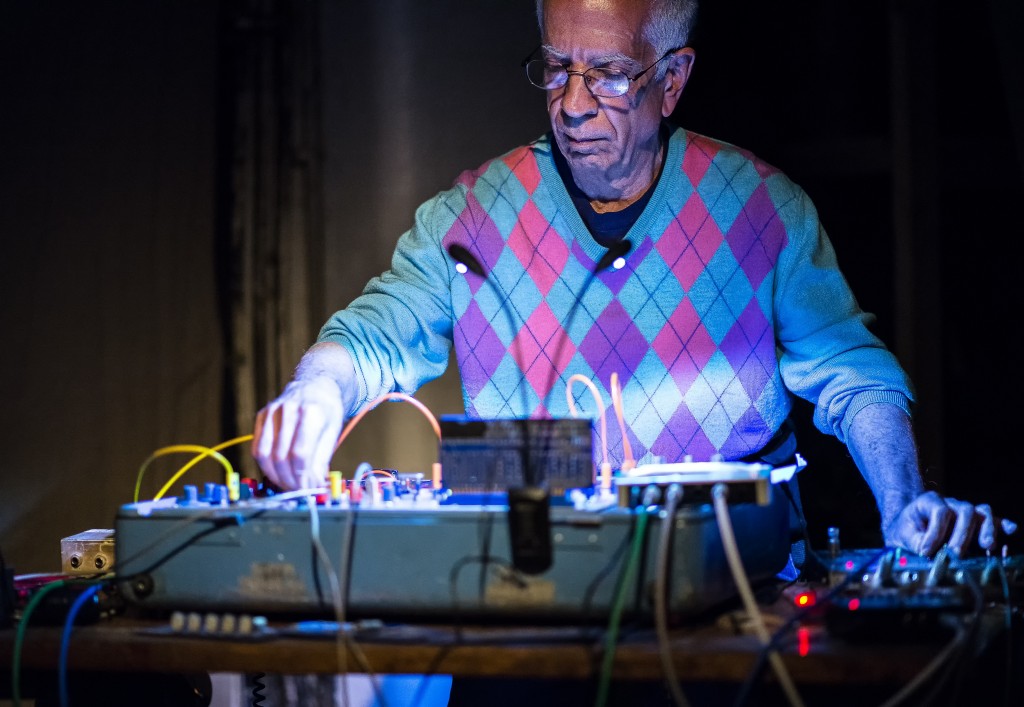 After a hearing the work of Morton Subotnick, whose seminal 1967 work Silver Apples Of The Moon stands as the first ever electronic recording commissioned by a record company, Cohen became enamored with the alien tonalities produced by Subotnick’s signature Buchla modular synthesizer. After years of searching, Cohen finally got his hands on a Buchla catalog and, in 1976, he traveled to Berkeley, California to test out the instruments firsthand.

Amongst the hulking systems with their bundles of tangled patch cables and obscure interfaces, it was the Music Easel that caught Cohen’s eye. Comprised of just a few function generators and a handful of patch points, the semi-modular synth fits in a small, carry-on sized case. “My first impression was how colorful and toy-like the Easels were,” Cohen recounted via email. “I was sold.” Since that fateful meeting, Cohen has tried his hand at many different analog instruments; but over time, he came to the realization that he could achieve virtually any sound he wanted via the Easel’s stripped down interface.

With only a handful of archival LP reissues and short-run DIY releases to his credit — as well as his ongoing Beeps And Boops studio journal, collected on SoundCloud — it is easy to conclude that Cohen is an artist prone to holing up in the studio and laboring over the most minute details of his compositions. In fact, the opposite is true: while there may not be much of a Charles Cohen “discography” to explore, he has been a prolific performer, touring extensively and engaging with his craft largely on stage.

“Playing live is fun,” Cohen concisely stated. “It just suits me better.” Driven by a fascination with the art of improvisation, Cohen embedded himself deep within the fabric of Philadelphia’s avant garde and noise scenes over the years, engaging with young artists and performing several times a week, both solo and as part of various ensembles. By his own admission, however, “you can’t really ‘make it’ in Philly.” Indeed, if it hadn’t been for the curious ear of one Rabih Beaini — AKA the lauded Lebanese producer and DJ Morphosis — there might have been even less of a catalog to Cohen’s credit.

After a chance encounter with Cohen’s 1980 proto-techno meditation “Dance Of The Spiritcatchers,” Beaini reached out via his channels and managed to track the man himself down in Philly. The end result of their pairing would be a trio of retrospective LPs and a compilation CD released through Beaini’s Morphine imprint, all culled from Cohen’s handful of compilation appearances and his extensive vault of privately recorded tapes.

These releases — The Middle Distance, Music For Dance And Theater and Group Motion, respectively — would help expose Cohen’s work to fresh audiences around the world and cement his status as one of the great voices of the American electronic underground. Later this year, we can expect to hear a studio album from Cohen, which will showcase his first newly recorded material in many years.

We are honored to host Charles Cohen as part of our final Communikey Festival. Please join us on Thursday, April 16 at eTown Hall for our Opening Gala, featuring Mr. Cohen and Experimental Housewife. Festival passes and showcase tickets are available for purchase via communikey.strangertickets.com.