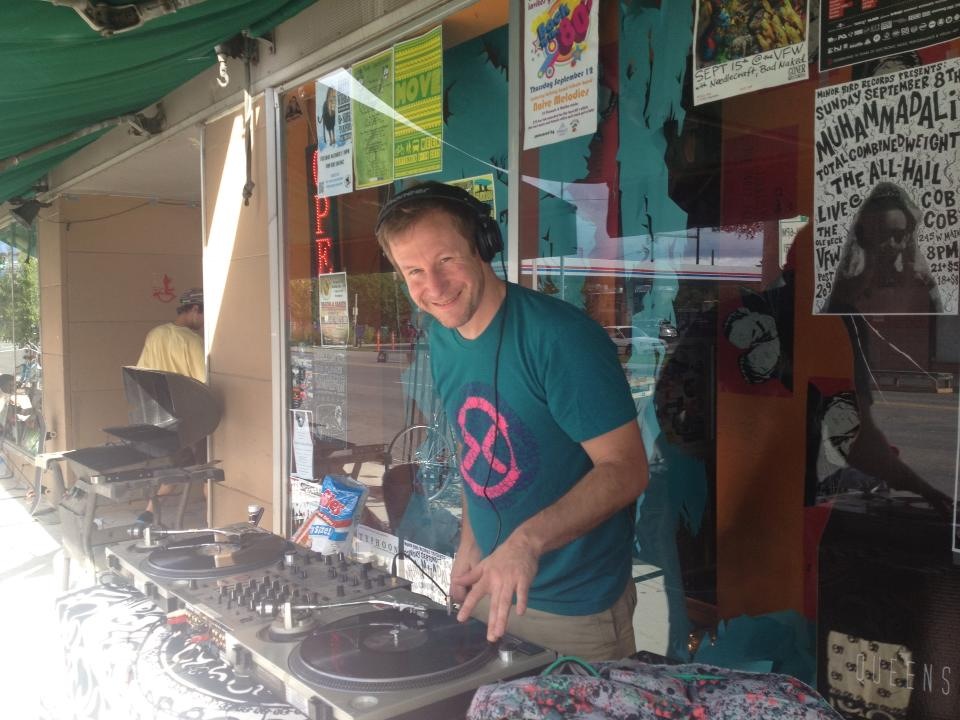 Recently, we took some time out to chat with Chris Henry, the owner of Ear Candy Music and a longtime supporter of CMKY. Since helping promote electronic music in the Missoula rave scene back in the ’90s, Chris has been a cornerstone in his community, booking shows and ensuring that his customers – both online and local – have access to all the obscurist gems and leftfield oddities their record collections desire. If you see Chris floating around at CMKY 2014, be sure to say hi!

Communikey: You just launched online after running a storefront for many years. What does that look like? What sort of new challenges does operating in the virtual space present?

Chris Henry: We’ve been on eBay for a long time and finally got our own web store up and running recently. As Serato and other digital DJ technology started slaughtering our in store electronic and hip hop vinyl sales (circa ’05), we knew that going online and tapping a global customer base was essential for our survival. The new challenge with the webstore is to start figuring out SEO.

CMKY: Some could say you are a cornerstone of music and culture in Missoula. What is your history with the community there?

CH: I helped throw raves in ’94 – 95, started the record store in ’98 and then got serious about event production around ’00 in order to help the store. After all, more scene means more music sales. I did a lot of shows, which in turn got me interested in finding a space of my own. I then became a partner in a large venue complex in ’07 and was bought out in ’13. Now I’m focusing on the record store and our non-profit. All of this work has been focused on building community and promoting culture via providing recorded music, live performances, a bit of artist development, and the physical spaces to gather and make it all happen.

CMKY: What sets your shop apart from other shops? How have you managed to achieve longevity and maintained vitality all these years?

CH: Missoula has always had an insanely diverse, obscurist and esoteric record buying populace, and by serving these people for a long time – and being obscurists ourselves – we’ve learned a great deal about a lot of niche, underground music and where to find it. Our knowledge is strong enough to easily translate to a global scale, and we’ve managed to curate one of the deepest, oddest selection of records available in one place online. Missoula also has a low cost of living and doing business, and at some points our small pipe selection really made a difference. Now, the online sales dwarf the in store sales and are a huge help in keeping the storefront open. As far as vitality goes, it comes down to being an enthusiastic digger (in a wholesale sense) and having an unquenchable interest in modern music and whatever comes next.

How did you first get into electronic and experimental music? What brought you away from the mainstream?

CH: I got into punk and new wave in junior high, and in ’87 fell in love with industrial dance music. I was lucky enough to grow up just outside of Chicago, which was an international hub for that scene thanks to institutions like Wax Trax and Ministry, so I got to attend tons of all ages shows and clubs and participate in a very vibrant scene. Then it was British rave culture in ’91-ish – thanks to artists like Eon, The Orb, Orbital, The KLF, etc. – and on and on. Other than some Def Leppard and Van Halen when I was 10 or 11, I’ve never had much interest in mainstream music, so it was a natural path.

CMKY: You have many other projects running, what else are you up to?

CH: I recently helped start a non-profit – musicaremontana.org – dedicated to providing music performances to assisted living centers, nursing homes, etc. After providing a lot of entertainment for a younger demographic for a long time, I figured it was time to put my energies towards providing something for a different group of people. It’s a fantastic project and such a win-win situation, so I’m really excited to see how far we can take it.

CMKY: One last question: what was your favorite live music experience?

CH: I’ve seen a lot of shows so it would be a big list and would sound like “Losing My Edge.” I can say my fav Communikey shows have been (in no particular order) Nicholas Jaar & friends at the church, Guillaume at the first one, Nils Frahm at Odd Fellows, Fussible in the park, the whole dub techno showcase at the Planetarium, Pole at Atlas, and one or two I can’t think of at the moment.