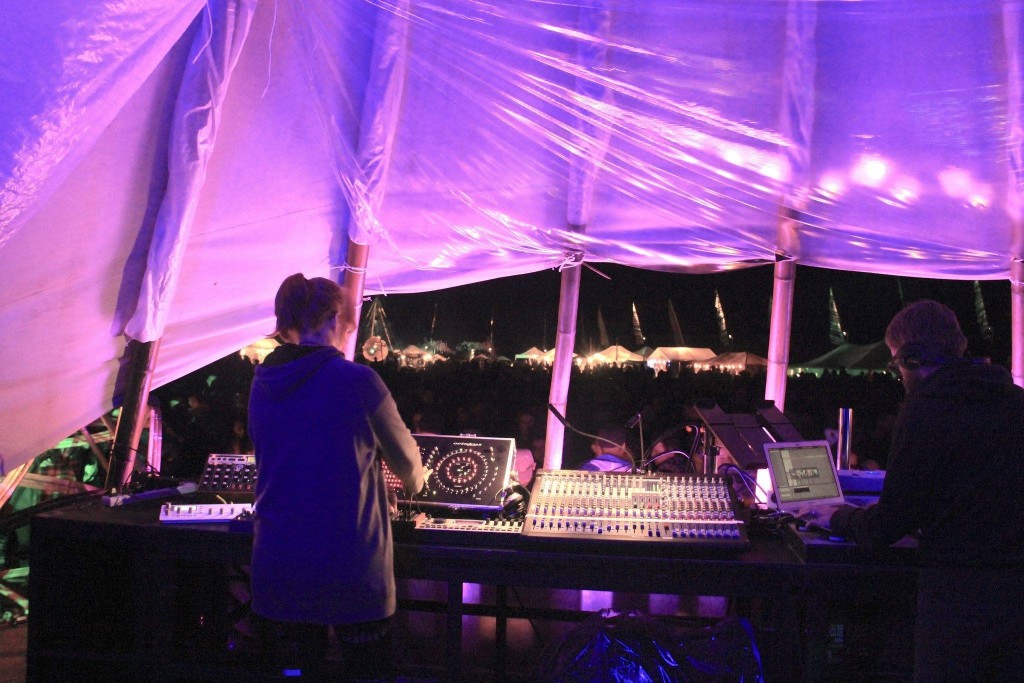 “I’ve spent my entire life being a minority in male-dominated fields. I was the only girl with a modem in my area code in 1987, I installed networks in the early 90s, and worked as a sysadmin and programmer in the late 90s and early 2000s.  I have endured all sorts of being talked down to, overlooked, ignored, denied, sexualized – and have had to learn a lot about self-empowerment: sticking up for myself and being confident in my skills; coping tactics for the male-dominated power structure we all live in.”

Underrepresentation and – at its worst – a lack of respect for talented women in the worlds of electronic music and tech is a very real issue that plagues female artists around the world. To write it off or dismiss the attention the issue warrants as hysteria, overreaction or “someone else’s problem” is committing a grave injustice…not just to women working in these fields, but also to the very sanctity of art, innovation and progress.

When THUMP (VICE) tallied up the numbers, the number of women represented on electronic music festival bills throughout 2014 didn’t even hit 10 percent. This is a pathetic testimony to a serious gender inequality issue. We’ve discovered that the issue isn’t a matter of a lack of women in the industry, but rather a lack of visibility as Evelyn Malinowski, AKA CMKY 2015 artist Experimental Housewife, points out in an e-mail: “I definitely think – and have seen – that gender imbalance is due to a lack of visibility, be it because of suppressed or unabashed sexism on the promotional side of the industry. At large, there is at least an equal amount of women and men producing music; however, there is not an equal representation thereof. Asserting that gender imbalance in electronic music has been permitted by either unconscious or deliberate underrepresentation quickly explains a lot of the issue without pointing fingers, a blameful byproduct that has become increasingly popular.”

What does this mean? It means that we, as a community, need to do a better job of celebrating, encouraging and actually booking our female colleagues. The sudden “uproar” – as factions of the media have called it – over the issue is exactly what we want. Although, to call it an uproar is “language that bullies the real importance of gender equality advocation, and yields to that old medieval outlook that if anybody, woman or man, acts up, they must be hysterical,” Malinowski elegantly points out.

For Christina Chatfield – whose first techno duo Monocle was born while studying at the Berklee College of Music in Boston – realizing that she was a minority in the field started at school. “Many of my male classmates already had a good amount of music production knowledge when they started college. Yet, many of the women— myself included—were completely new to the field, with little background when classes began. As you can imagine, it led to a very intimidating classroom experience at times,” says Chatfield. 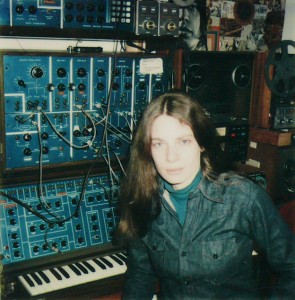 However, the power structure is not likely to change anytime soon. Indeed, it may well take generations of community enrichment and inward-looking questioning to truly enact change surrounding gender inequality. When Erika explained to us during an interview that, “we are not going to wake up tomorrow or next week or next decade and magically find that judgement and stereotyping have been erased from our collective consciousness, and that equality for all human beings has been achieved,” she laid bare a serious need for our community to be proactive in giving young girls role models and teaching them “how to deal with what is dealt to them.”

“I hear a lot in the business world – I work in an advertising agency at the moment – about how women are less likely to speak up, to interrupt, to have confidence, to offer their skills, to sell themselves, to take credit for their own work,” she elaborated. “They are more likely to apologize, to give up, to give in, to compromise. These are things that every woman can work to change in herself, to become more empowered in her business and personal relationships.”

Erika and Chatfield, like may of the other female artists interviewed for this article, believe that part of the solution to improving gender balance is to get more girls involved in technology generally. “I think improving this imbalance begins with finding ways to engage women early on, by encouraging girls to get involved with technology more in general when they are young,” Chatfield says. 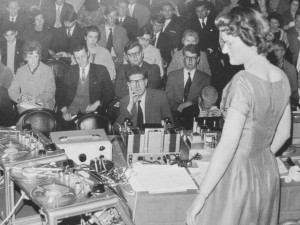 Christina Sealey, of lauded industrial techno duo Orphx, agrees, “I think that as more women are seen in these roles, a younger generation is more encouraged to take it on.”

Encouraging a new generation is something that Sealey has personally invested in by creating a program for teenage girls called In The Loop with her friend Naomi Hocura. Offering free electronic music classes in both analog and digital sound design, each class opened with a history segment highlighting various female pioneers and contemporaries in electronic music.

She points to game changing artists like Suzanne Ciani, Pauline Oliveros, Daphne Oram and Laurie Spiegel as pioneering women in the early days of electronic music. In the same breath, current producers like Dasha Rush, Erika, DJ Skirt and Paula Temple are mentioned as “more visible female producers that have been given equal billing and critical reviews.”

And while the problem of exposure undeniably exists, the reality is that there is no lack of talented women working in and around the electronic music community.

“Obviously these communities exist not just because of producers and DJs making and bringing the music, but also because of the cast of characters who bring art, ritual, creativity, dance floor antics, organization and the detail-oriented leadership…I see many women absolutely rocking those roles,” says CMKY 2015 artist Erin English.

Optimistic about the future of women in electronic music, English says that while intention from all corners is needed to encourage visibility of women, so too is “cultivating genuinely welcoming environments where women can thrive.”

“I prefer to participate in circles where the scene is dominated not by egos but instead by creativity, inclusiveness and simple, silly fun,” English says. “Communikey does an excellent job on this front highlighting women artists and musicians, as well as having the essential behind the scene ladies who help make it all happen.”

Erika, Paula Temple, Orphx, Christina Chatfield, Erin E. and Experimental Housewife will perform throughout the weekend as part of the 2015 Communikey Festival. Learn more about our program through our website, or hit our Stranger Tickets shop to purchase Festival passes and showcase tickets.