We caught up with longtime Communikey participant Hepp Mccoy to chat about what his long-running lighting design company, AudioPixel, has in store for CMKY 2014 and the power of Deadbeat. Catch their installs at Apex Movement next weekend during our Dub Extrusions and A Family Affair showcases! 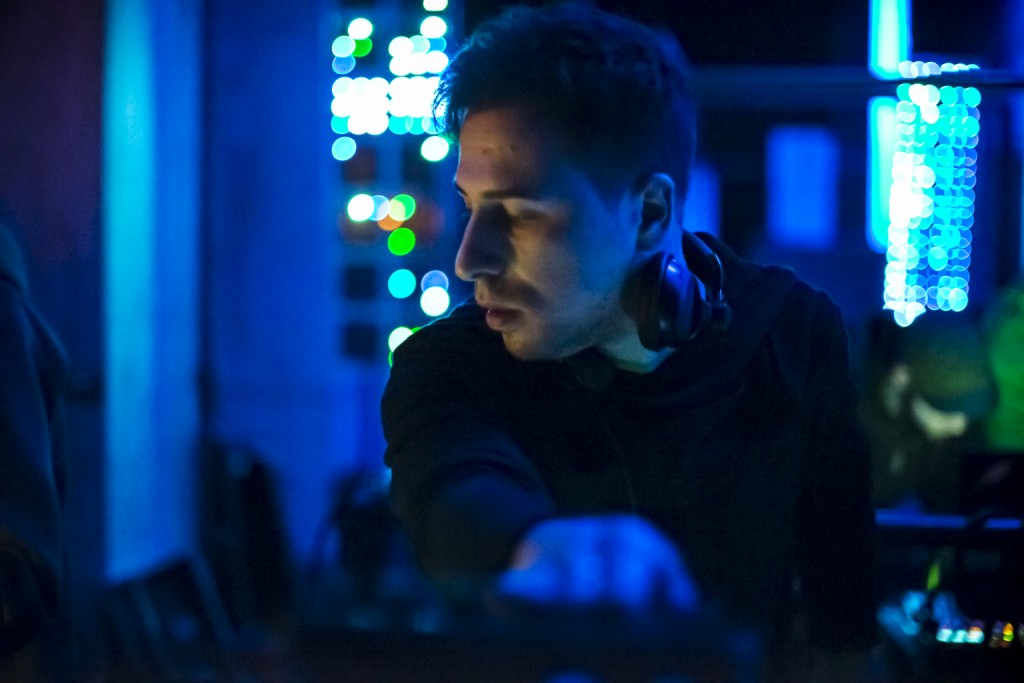 Above, Voices From The Lake’s Neel performs at the CMKY 10-Year in front of an Audio Pixel install. Photos by Stephen Cardinale.

Communikey: AudioPixel started up in 2008. What inspired you to get into lighting design and go down this path?

Hepp Mccoy: In 1995 my brother indoctrinated me to the techno world by giving me a Plastikman cassette tape and taking me to several early American electronic music festivals. In so many ways I was obsessed — and still am since those days — with everything techno. I was always most interested in progressing the production and technological aspects of the electronic music culture. Around the age of 16, I started my own lighting company and soon found myself busy every summer weekend setting up lighting and lasers at raves all across Colorado. After moving from Boulder to San Francisco in 2005, I spent several years cutting my teeth in professional software programming. Inevitably, Burning Man became a huge interest, and to make a long story short, I found myself with a group of us determined to make “the most badass art car that will f*cking blow minds!!” Somehow we ended up throwing some wildly successfully warehouse techno parties in the SOMA district, and after raising nearly $20k we went and bought a shuttle bus that we built a 16′ steel dance platform on top of. As soon as the dance platform was up, I knew it was a chance to take my lighting projects to a new levelAfter acquiring some new LED hardware, I soon realized that the existing lighting industry solutions were rudimentary, expensive and did not come close to fulfilling the visions we had for programming immersive and reactive lighting content. Back in 2008, video mapping wasn’t even a thing yet and LEDs were just being used as flat video walls. Technically, the vision for that artcar project was the start of AudioPixel. I ended up spending the summer of 2008 doing nothing but programming and developing the concepts that would become the basis for the lighting software that we now use and distribute around the world.

CMKY: Walk us through your team. How many people is AudioPixel actually comprised of?

HM: As briefly explained, I founded AudioPixel in 2008. Soon after that, a longtime friend and fellow programmer, Aaron Wilson, came on board as a key software contributor.

One of our first large festival performances was the Raindance Festival in 2010, where I was able to meet and work alongside Erin O’Brien. Little did I know at the time that I would not only meet the love of my life, but also the third amazing contributor that would spawn so much new life and creative energy into the project.

CMKY: You build many of your lighting rigs from scratch, tailoring their look and feel to whatever event they’re being used for. What goes into creating an AudioPixel show?

HM: If we are lucky, we get to work with amazing crews like CMKY, Nexus, The Do Lab, Bamboo DNA, Audiowaska, Whomp Truck and so many others that have amazing stage designs for us to light. We often find that the artists we collaborate with see AudioPixel as a way to bring their visions for live performances into reality.

Sometimes we have the opportunity to design / build with the team months before an event, and sometimes we have to wing it on the spot; but every time it’s a unique, one-of-a-kind layout. After arranging the LEDs and wiring all the hardware, we then map out the equipment in relative 3D using our custom editor.

CMKY: Your lighting installs are driven by code. What is going on under the hood, so to speak, with your software?

HM: Our goal was to create a platform that allows us to have no creative limits. Lighting designers using conventional software are often held back by being unable to hang lights wherever they want to, and seamlessly map them together in realtime using content that is aware of where they are placed. We believe we have achieved that creative freedom. AudioPixel’s concepts were built from day one around flexibility, and these techniques now bridge the gaps between audio-reactive visuals, immersive lighting effects and video mixing / blending in a 3D space. 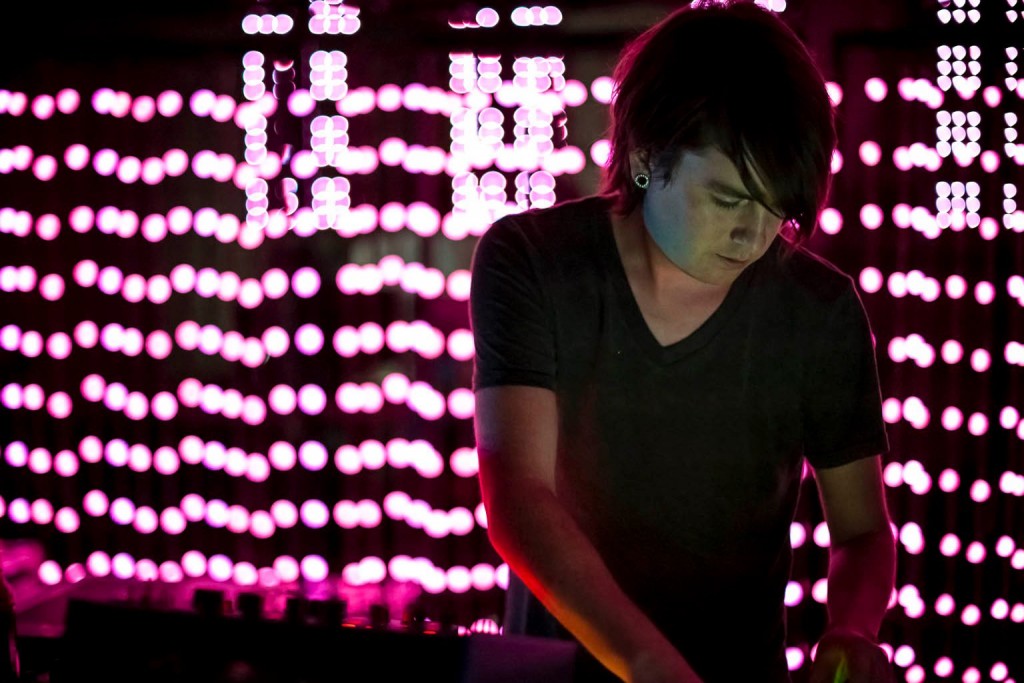 Andrew Bowen from Public Address basks in the glow of AudioPixel’s light show at CMKY 2013.

CMKY: You’ve done installations at the past few CMKY festivals. What other events or festivals have you worked with?

HM: A few notable festivals have been lighting main stages at Decibel, Lucidity, Sonic Bloom and the Boom Festival in Portugal, which had over 20,000 people. Some of our favorite productions have been with some of the biggest sound stages and art sculptures at Burning Man; such as the Temple of Boom, Control Tower and Nexus.

CMKY: Can you give us a sneak peak at what you’ve got in store for CMKY 2014?

HM: We are working hard on our special collaboration with Cacheflowe this year. We long have been inspired by Justin’s work and although there were several times we had a chance to work together, it just never seemed to work out until now. We are especially excited because we both write custom software for live visuals. This collaboration is focused on integrating our two systems to work together for both lighting and audio-reactive projection-mapped visuals.

CMKY: Is there a CMKY 2014 showcase that you guys are particularly looking forward to?

HM: Deadbeat! I had been a long time fan, and when he released New World Observer, it took me several years to recover from the album. Only had one chance so far to see him: a very special performance in San Francisco at Recombinant Media Labs. I am incredibly excited that he is coming out to Colorado this year.